Pressure Vessel Engineering was hired to prepare calculations for both pressure containment and supports for wind and seismic loads on a series of large propane storage spheres for Conrex. The vessel wall thickness and nozzle supports were calculated using standard ASME code calculations. The vessels supports were constructed using industry standard designs but Finite Element Analysis (FEA) was used for the analysis instead of existing design rules. 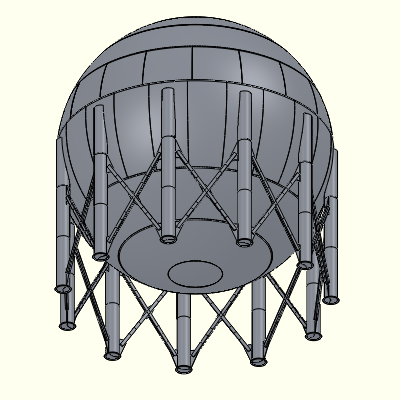 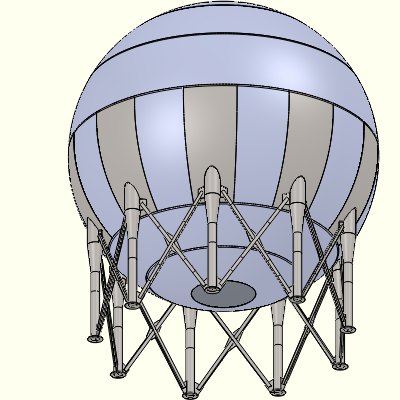 The experimental sphere subject of this report

The standard design method uses an increased wall thickness at the equator of the vessel to support the additional stresses caused by the attachment of the legs. Our FEA runs for this support method verified that this design method is valid. The question raised was – “Is it possible to design a vessel where the equator of the vessel does not have to be made thicker?” After the produced design was finished, this experimental FEA report and calculation set was run to experiment with the following: 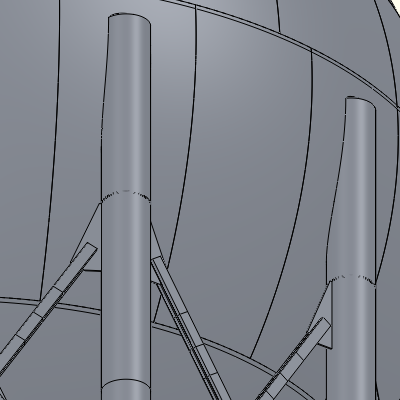 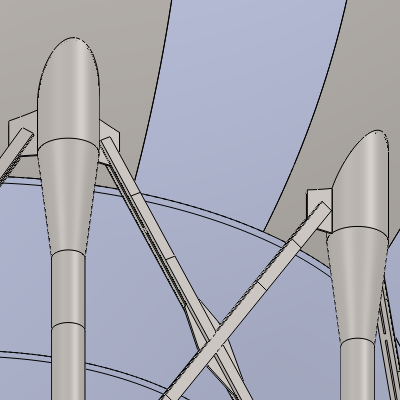 Some comments on the FEA are in order. At the time this report was first done in 2009, it was one of the largest models we had run. It was run entirely as solid elements which increased the mesh complexity but allowed the study of model details impossible if a shell mesh was used. Although the model has more than 1/2 million elements and 1-1/2 million nodes, it meshes in less than 5 minutes and solves in an additional 5 minutes. This quick response time allowed rapid experimenting with different design alternatives. Clearly a half model could have also provided the same results with shorter run times, but some of the preliminary designs we analyzed did not have symmetrical leg supports which required the full model to check for side sway effects. 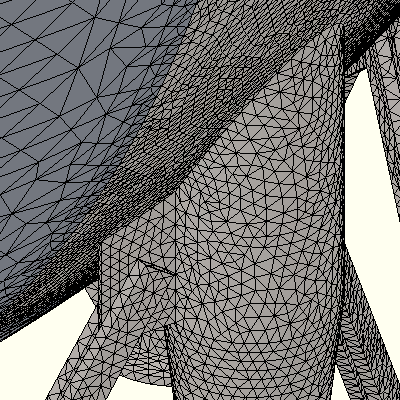 Solid mesh elements were used for the full model 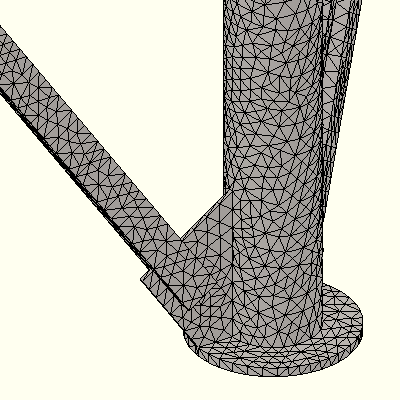 The report shows the six load cases that were applied to the model to comply with ASME VIII-2 Table 5.3 requirements. The load cases were also based on Conrex’s field experience with hydro testing. Seismic and wind loads are from IBC 2009 for San Diego. Studying these loads by FEA provides a much greater insight into how a vessel reacts to these loads than is possible by using standard rule based design procedures. This does not invalidate the use of rule based design but allows one to go beyond the level of understanding available using them. This experimental design would not have been derived using rules based analysis.

An ASME calculation report is included which covers the scope of the shell thickness and nozzle reinforcement. Even if FEA could demonstrate savings in materials these design rules are mandatory and must be followed. The shell thickness was set to the minimum required by the code for pressure requirements. No increase in thickness was required for the equator plates for leg support loads. However the top plate was made the same thickness as the bottom plate as an inexpensive method to reduce the amount of reinforcing required.

We at Pressure Vessel Engineering Ltd are very grateful to Conrex for allowing us to post this experimental study. Conrex can be contacted at www.conrexsteel.com 416-747-4665 or sales@conrexsteel.com. 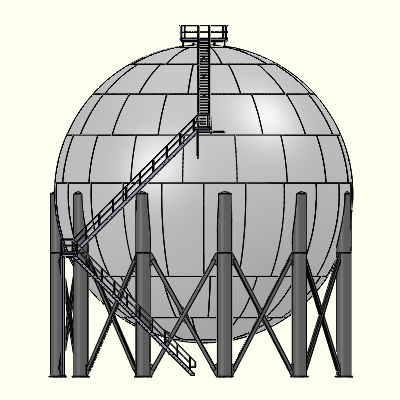 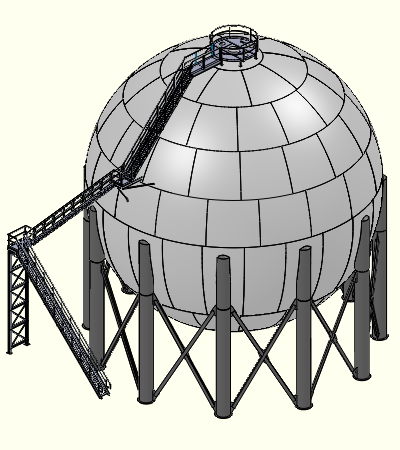 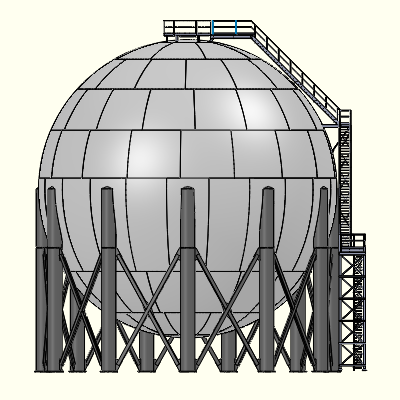 We use FEA to design and validate fittings and vessels that can not be designed by rule-based codes like VIII-1 or B31.3. We are experts in the specialized field of pressure equipment design by FEA to validated ASME VIII-2 methods.

Pressure Vessel Engineering has used Finite Element Analysis (FEA) to design and verify thousands of pressurized components. We have the knowledge and experience to get the job done right.

ASME Code Design – We work to many ASME standards to design and validate pressure vessels, boiler, fittings and piping systems.

Pipe Stress Analysis – Pipe stress analysis is mandatory for British Columbia registration and it is recommended practice for many other systems.

Canadian Registration Number (CRN) – We are Canada’s largest independent registrar of fittings, vessels and piping under the CRN program registering for more than a thousand customers.

Pressure Vessel Engineering has twenty years of successful experience in the pressure vessel field working for more than a thousand customers.

Need help? Our contact information is to the right.